There are plenty of reasons to junk an old car, but can persistent overheating be one of them? Movies and TV shows love to portray stranded motorists along the side of the road with steaming hoods, but engine overheating problems are no joke. While some older vehicles might have been more tolerant, newer aluminum block engines quickly fail when exposed to extreme temperatures.

Of course, you don't need to drive your car to the scrapper at the first sign of your temperature needle extending past the middle of the range. Instead, keep an eye out for these three signs that your overheating problem is more than a minor inconvenience.

1. Your Temperature Spikes Into the Red

Most vehicles have a normal operating temperature range that falls somewhere around the middle of your coolant temperature gauge. The exact values will vary from engine to engine, as will your gauge's behavior. For example, some manufacturers electronically limit the gauge's motion to remain perfectly centered as long as you're within a safe temperature range.

If the gauge starts going up, you should stop your car immediately before entering the red zone. If you let the temperature spike into the red, it may already be too late. In some cases, you may destroy your head gasket or warp an aluminum head with only a few seconds of extreme heat exposure. For older cars, it's often more cost-effective to contact a junkyard than to spend thousands on an engine rebuild.

2. You're Consistently Overheating Without Leaks

Coolant leaks are a common cause of overheating. When your car's engine coolant level is too low, it can't effectively transport heat away from the block. If you're losing coolant without any signs of leakage, you might have a more severe problem. Vanishing coolant often disappears into the engine block, where it burns away and enters your exhaust stream.

Internal engine damage, such as a blown head gasket, is a common cause of this type of coolant loss. Replacing a head gasket can cost several thousand dollars, which may not be worth the time or effort on an old beater. Junking the car and replacing it with something more reliable is often the more cost-effective option.

Oil problems can cause your engine to run much too hot, potentially overwhelming the cooling system's ability to maintain a safe temperature. This situation can occur if your oil level is too low or if you've allowed your oil to degrade too far. If your oil's condition is so poor that it's impacting your car's temperature, you may have already suffered internal engine damage.

While you'll still want a qualified shop to assess the situation, it's rarely worthwhile to fix damage this severe on an old beater. In most cases, you're better off scrapping your junker rather than paying more than its value in engine repairs. Contact a company that buys junk cars for more information. 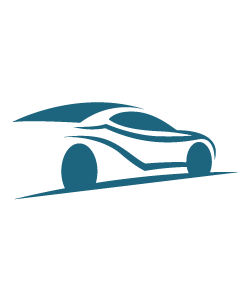